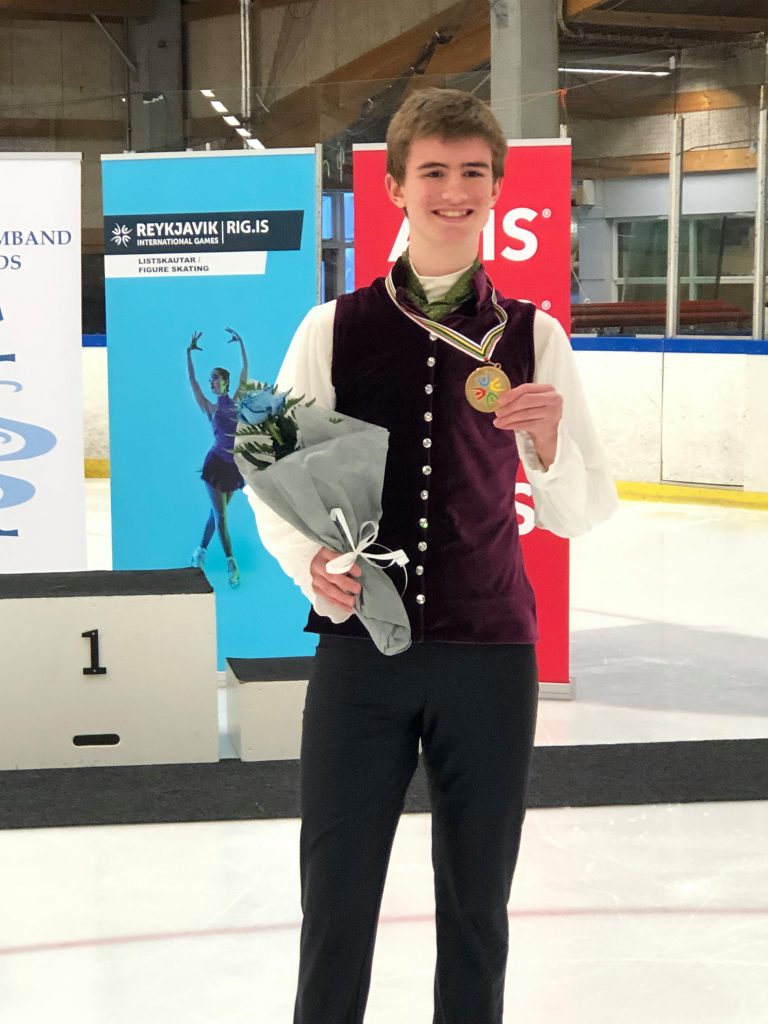 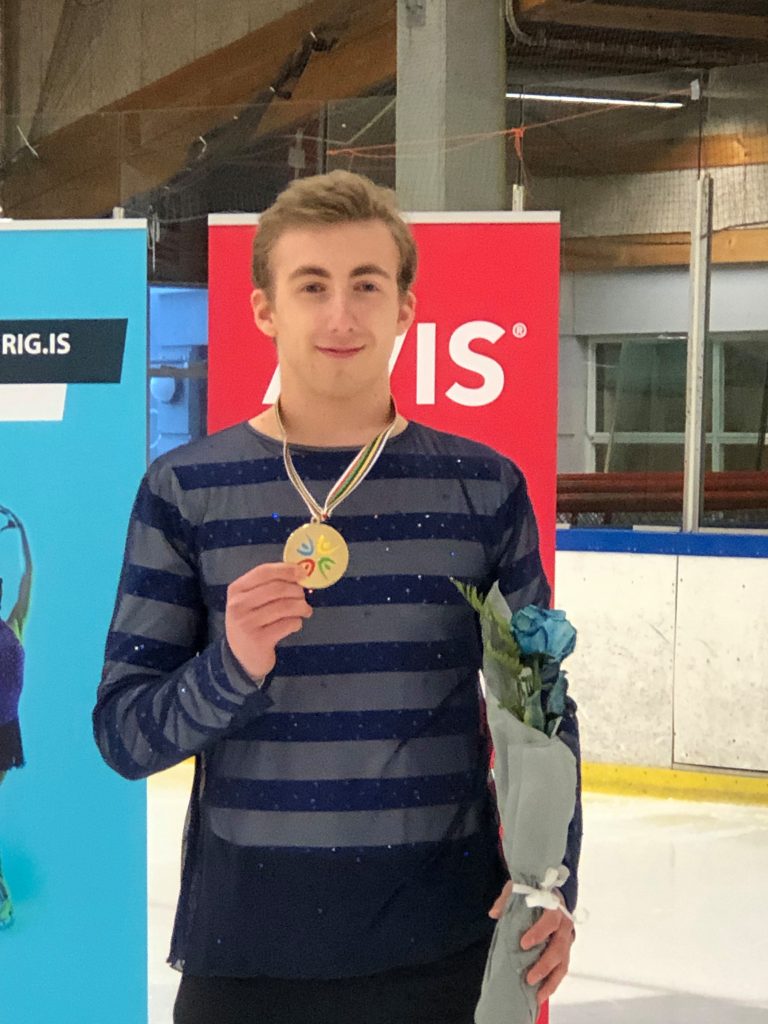 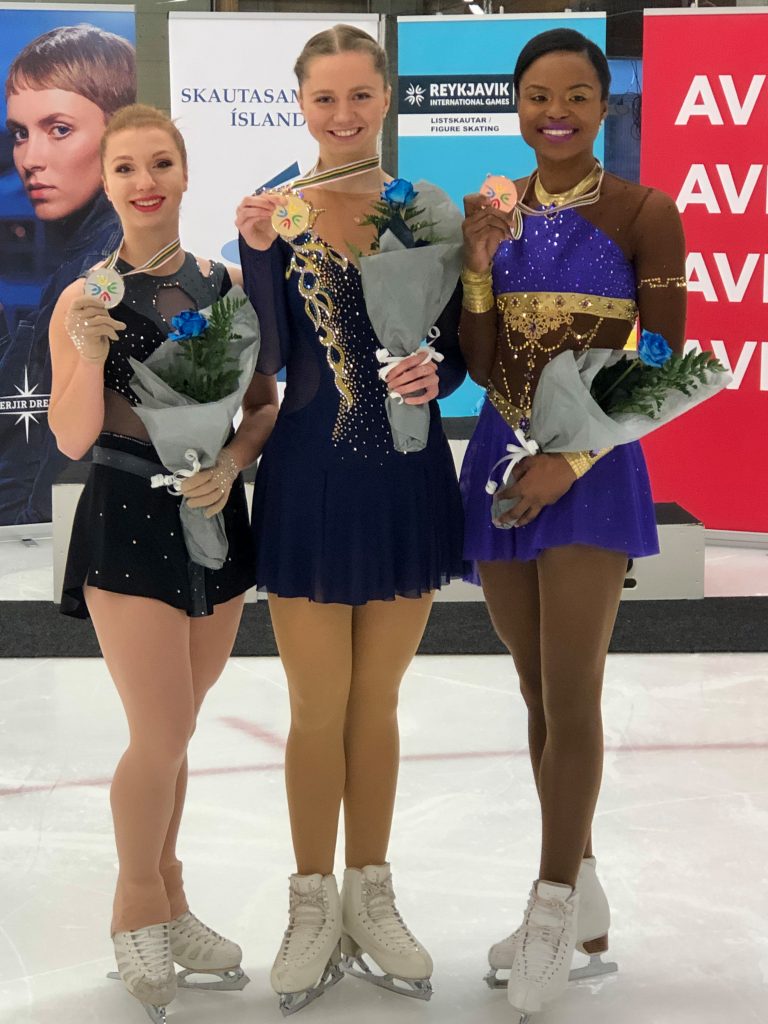 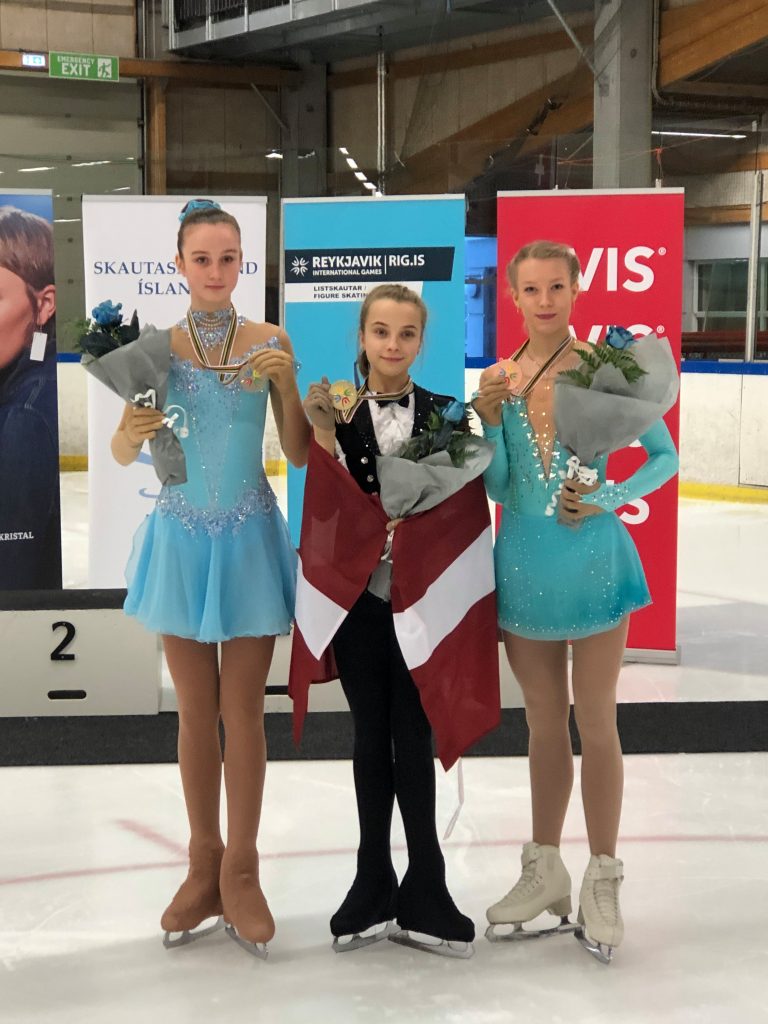 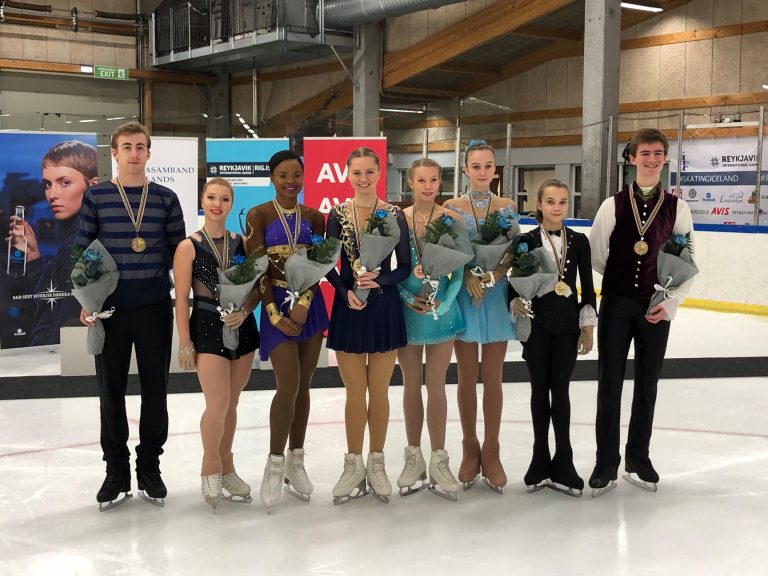 The men started the competition with Edward Appleby, from Great Britain being the only skater in Junior Men. He started with a great triple Loop and a triple Lutz in a combination. His points for the free skating were 99.69 with 145.40 in total points.
Next to skate was Nikolaj Molgaard Pedersen, from Denmark. He was the only competitor in Senior Men. For his free skating he got 70.42 and 112.23 in total points.

Senior Ladies were next up. Starting order was the reverse order of the results from their short program the day before. The highest ranking skaters skating last. In the last warm-up group only 3 points divided the skaters. Every skater in the group showed triple jumps and great programs. Kari Sofie Slördal Tellefsen, from Norway, skated first in the last group but unfortunately fell in two jumps and lost her place. Louisa Warwin, from Norway, was fifth after the short program. She had a great day and performed a good program and got 71.40 points. Patricia Sala, from Switzerland, started strong but made one mistake in her program and got 72.47 points. Next up was Oliwia Rzepiel, from Poland. She started with strong jump combinations and showed a lot of power and performance. She got 78.79 points for her free skating. Last to skate was Marianne Stålen, from Norway, who was the leader after the short program. Marianne skated a beautiful program and got 80.42 points, she will definitely show us another great performance at the Nordics in two weeks.
The winner was Marianne Stålen with 121.39 total points, second was Oliwia Rzepiel with 119.23 total points and third was Louisa Warwin who skated herself up two places and got 111.19 total points.

Junior Ladies was a big and strong group of skaters. Just about on point separated the third to seventh skater after the short program and skaters in eight to eleven were close behind. Two Icelandic skaters had been second and fourth after the short and the audience was waiting anxiously to see how they would perform in their free skating.
Amalie Borup Christensen, from Denmark, was last to skate in the second group and skated really well which gave her 77.33 points. Marta María Jóhannsdóttir, from Iceland, had been fourth after the short. She showed strong elements, had all spins on level 4 and her steps on level 3 in addition to two double Axels and a triple Salchow. One fall and minor mistakes gave her 74.53 points. Elena Komova, from Great Britain, had been third after the short and skated a really beautiful program an had her most difficult elements at the end of the program, which gives more points, and got 84.41 points. Aldís Kara had been second after the short and additionally had reached the minimum technical elements score for Junior Worlds in the short. Now she needed the minimums for her free skating to earn the place. The nerves got the better of her and despite her spins and steps being all on level 3 and 4 she did not reach the minimums for the free skating and got 66.29 points. Last to skate was Marija Bolsheva from Latvia, she had been the leader after the short program. She was confident in her elements and had all her spins on level 4 and got 88.07 points for her performance.
The final results of the Junior Ladies were Marija Bolsheva, Latvia, with Gold and 136.08 total points, Elena Komova, Great Britain, with Silver and 125.96 total points and Amalie Borup Christensen, Denmark, skater herself from seventh place in the short to a Bronze medal with 117.48 total points.

A great competition has come to an end for this year.